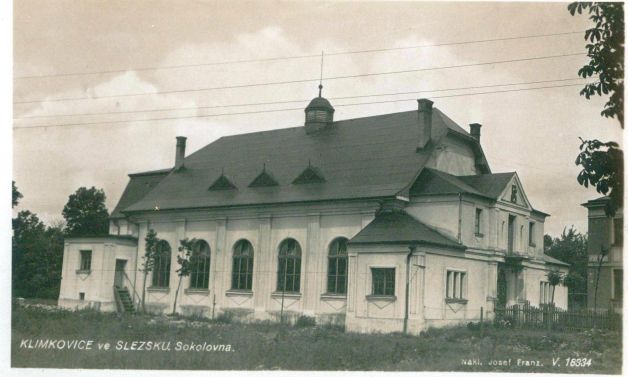 In 1904, TJ Sokol was established in Klimkovice by a local lawyer called Rudolf Hess. The activities of TJ Sokol resulted from Tyrš’s ideal of harmonious development of physical, mental and moral aspects of human personality, as well as healthy and well-rounded nation. This was how the Sokol raised its members. Sokol regularly practiced performances with gymnastic and cultural program, held public gymnastic exercises and after building its own Sokol House in 1923, Sokol had its own amateur theatre as well. Sokols from Klimkovice participated in all-Sokol Slets in Prague’s Strahov in 1926, 1932, 1938 and 1948. Before the war, Sokol had 277 active members. During the occupation, the activities of Sokol were stopped and its property confiscated. After the Liberation, sports stadium was built sponsored by the city of Prague. The stadium was named after the mayor of the Prague at the time as The Stadium of Dr. Václav Vacek. Extensive modifications of the football field were completed in 2004, and the Sokol House is currently owned by the Czech Sokol Community.